One of my favorite things is reading biographies and autobiographies of well-known musicians and performers. In the past few years I have read dozens. Most recently I read Paul Shaffer autobiography, "We'll Be Here For The Rest of Our Lives."

Paul is the band leader for the TV show "Late Night with David Letterman. " He also produces the Rock & Roll Hall of Fame Induction Concert each year. He was the original music director for "Saturday Night Live" and put together the "Blues Brothers."

He writes about a conversation over lunch with Animals bass player, Chas Chandler. They listened to an interview with the producer Don Kirchner about Phil Spector. "'Phil was an artist,' said Don. 'We'd cut three sides for $1,500 - no problem. Phil would go in the studio and spend four grand on one song.' 'Stop the tape,' Chas exclaimed. 'That's why those Brill Building blokes lost their way. Do you know how much it cost us to make House of the Rising Sun? Fifteen dollars, with enough left over for pints all around. British Invasion, my rear.'"

I think that is where are again. With the big labels spending hundreds of thousands of dollars to produce a few over-produced homogenized songs that will pass a focus group. They have forgotten that rock & roll ( and country) is about communicating energy and emotion and not about Auto-tune, Pro-tools and how many tracks of over effected guitar tracks can be used. 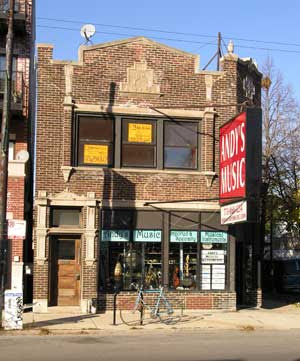 This weekend my wife and I were in Chicago when we dropped by Andy's Music on the North Side. Andy's is an unique music store at 2300 W Belmont. The owner, Andy Cohn, has assembeled some of the most amazing and wonderful musical instruments from all over the world.

There are stringed instruments of every shape and size imaginable and some you would never imagine. The basement is of full of drums, cymbals, and percussion instruments from every continent.

From steel guitars to bag pipes and steel drums to wooden flutes of all types, I am sure they are somewhere in this wonderful old building.

I understand that Andy's has a another warehouse full of amazing instruments as well. Whether you are looking for a special kind of pick or a set of string for you oud; or maybe, like me, you just like to play instruments that you don't see everyday, Andy's in Chicago is your place. 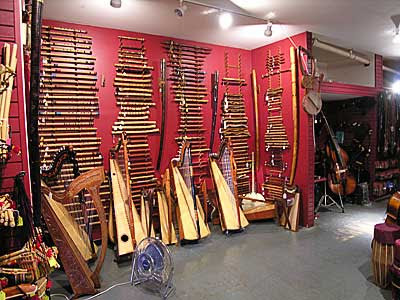 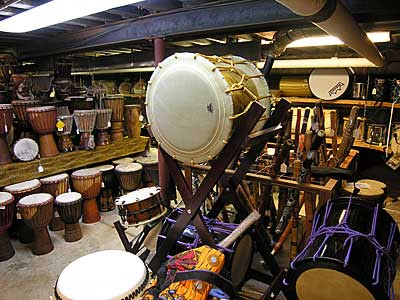 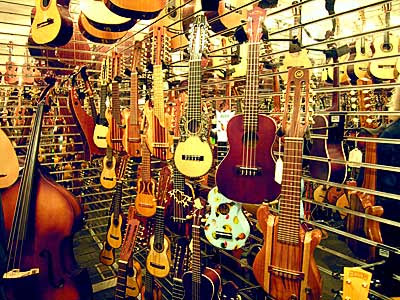 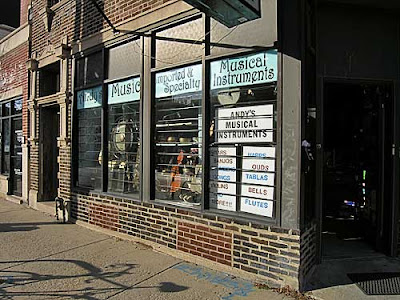 Posted by Jim Mathis at 6:37 AM No comments: